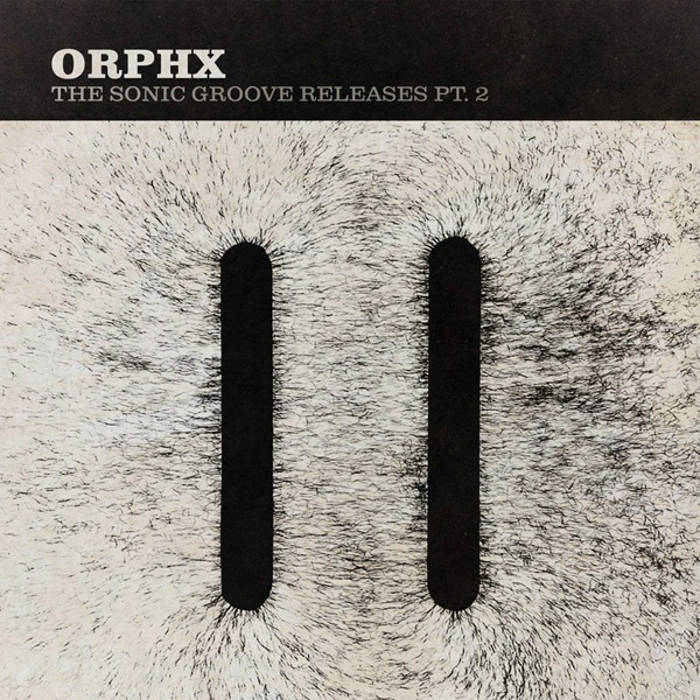 richard oddie and christina sealey a.k.a. orphx have been in operation since 1993, creating a catalogue of varied productions incorporating musique concrete, industrial, techno and dub. throughout the 90s and early 00s, they built a strong following within the european rhythmic noise scene through their live performances and releases on hands productions and hymen. in 2009 orphx made their label debut on adam x's sonic groove imprint which exposed them to a new audience and quickly established their name as one of the leading acts in a new wave of industrialized techno. until today six 12 inch vinyls were published via sonic groove. the first three of them were published on 'the sonic groove releases pt. 1' in 2014, now the remaining three are available for the first time on compact disc format, supplemented with a previously unreleased track. orphx' ability to blur the lines between genres is given proof on this compilation with stellar results. pulsating hypnotic techno grooves meandering their way over sharp, stripped backbeats, enriched with eerie sound effects while the tightly focused use of distortion and feedback-filled sub bass adds the aggression of orphx' earlier industrial and noise oriented releases. this is mind music and body music, deeply hypnotic and infused with roughness and erotic tension. - Hymen

Canadian duo Orphx began releasing experimental industrial cassettes in the early '90s, but their gradual migration toward techno rhythms made them one of the leading figures of the rhythmic noise genre. This collection expertly demonstrates Orphx's proficiency in creating experimental yet dancefloor-accessible tracks. - All Music

The Sonic Groove Releases Pt. 2 brings together the three superb EPs that the Toronto-based producers have released with Sonic Groove since 2012 (Hunger Knows No Law, Boundary Conditions, and Sacrifice) and adds to their nine tracks one new original. These three EPs represent some of the best work that Orphx has done. - Dub Monitor

The Sonic Groove Releases Pt. 2 could well be labeled "Pure thrill. Part 2" and the essence of this would not have changed. With every new release, Richard Oddie and Christina Sealey erase any doubt that ORHPX is the undisputed leader of the new wave of post-industrial techno. - Machinist Music