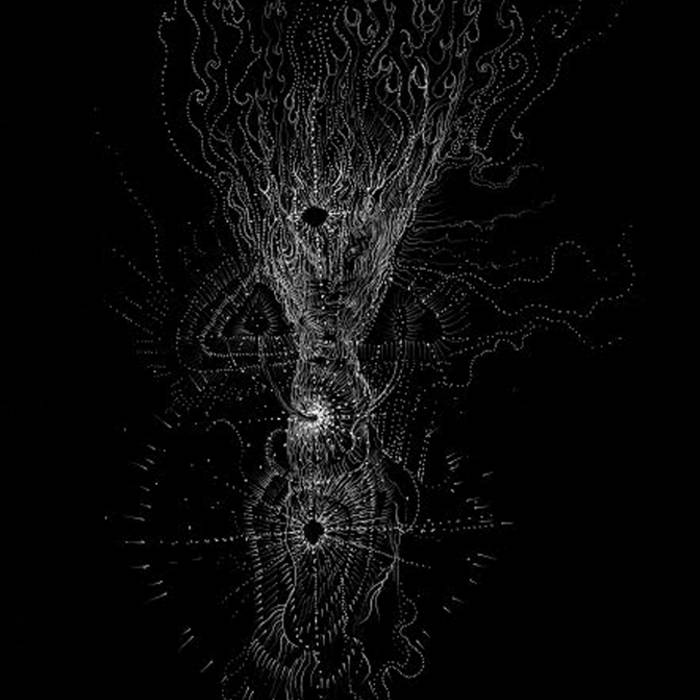 Recorded between 2010 and 2013 in Canada and Scotland.
Edited and mastered in early 2016 at Cloverhill (Dundas, Canada).
Artwork by Norman Shaw. Layout by S.Alt.

The title of Oureboros' second release "Mysterium Tremendum" (the secret that releases dread and tremor) refers to an encounter with the divine that is overwhelming, even frightening. Oureboros chose this title based on their own personal experiences with such an encounter and took inspiration from the places where these encounters happened: the Scottish highlands, the Californian desert, and the forests of Ontario.

Most of the tracks were started by Aron West and Rich Oddie in Canada, and some of the elements even date back to their first recordings in 2006. A few others were started by collaborative works between Rich and Norman Shaw, a visual and sound artist from Scotland who subsequently joined Oureboros for this album and also created the stunning cover art. Paul Hogeterp, who contributed to the first album, returns again with beautiful work on lap steel guitar and violin.

As with Oureboros' first release "Dreaming In Earth, Dissolving In Light", all of the tracks are improvised and then edited. Compared with the first album, "Mysterium Tremendum" reveals a more percussive side of the project, foregrounding their industrial and metal influences. A diverse array of sprits, styles and sounds is presented here, from powerful drones and harsh industrial dissonances to abstract free-form experiments. This is an album that is simultaneously dark, beautiful, caustic, and certainly atmospheric, evoking the experiences that inspired it. - Ant Zen

On the new album Mysterium Tremendum, darkness is omnipresent and suffocating, crossed by telluric rumblings and gravitational forces. Rhythms come and go, as if carried by ships making the journey between two worlds: the depths and the heavens. Very highly recommended. - Silence and Sound

A dark and, above all, fascinating Dark Ambient album of the first class ! - Black Magazin