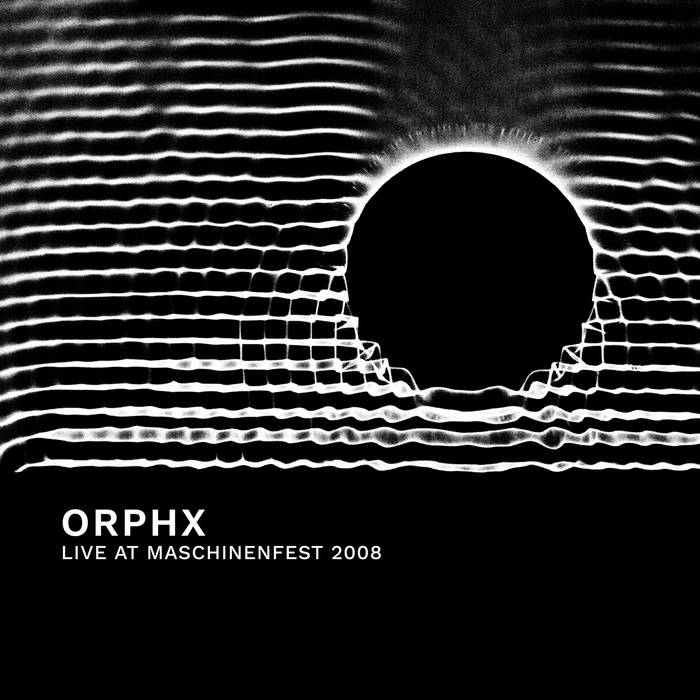 Borkiii This is a gorgeous set of subtly dark industrial modular techno.

october 3rd 2008, already 10 years ago, was the last time canadian project orphx played at the german maschinenfest. it must also be said that it was already their third time at the festival which featured also other legends like scorn and fellow canadian hugo girard a.k.a. vromb. and 2008 was also the last time the festival was at the kulturfabrik in krefeld. so, has orphx been silent ever since? definitely not. ever since that 2008 performance orphx hit the big league. their rhythmic structures, which are in just the right pace to keep on dancing all through their performance, in combination with the deep analog layered drones, bass-lines and erratic noise explosions got the attention it deserves from the rest of the electronic music scene. they've shared line-ups of festivals with famous names like adam x, luke slater, richie hawtin, sunn o))), jesu and godflesh. and next to that, europe - and especially berlin - became a second home because of all of the times they were invited to perform. one of the reasons orphx got the attention they deserve from the music industry might be their appearance in the 2014 documentary 'i dream of wires', which handles the revival of modular synthesizers in the last few decades. christina and rich are amongst the first to properly embed a modular synthesizer in their live-setup, which is probably also why it always sound so amazingly deep when they perform. the recording of this performance contains one hour of the sound we admire of orphx. the tracks on this tape cover highlights of the period between 2004 and 2010, with tracks available on hands productions, hymen records and sonic groove. but none of the tracks are straightforward album versions. because that's the way they do it live: orphx keeps on developing, improvising, changing, improving in order to excel ... so this release marks the beginning of the future for christina and rich, a future they deserve. and yes, they are that good live, but we in the european technoïd industrial scene kinda knew that already for about 20 years. as this is an edition of only 100 copies, you might not want to wait too long to pick up your actual tape (with mp3 download). in case you are too late, well, maybe, just maybe, there will be an all-digital version so you can still enjoy these sounds which - if you look at it within the previously described perspective - might be considered the evolutionary missing link between industrial and techno. but do you want to risk missing out? - raubbau

Orphx have been creating their unique fusion of rhythm and noise since the early 1990s, combining elements of techno with the experimental techniques and critical spirit of industrial music.

Tropical and transportive tunes with guests Coco Maria and Anchorsong.